back to search results

Every year since the terrorist attacks on the World Trade Center, Kurt Martin has attached an American flag to one weir pole at each of his five weir traps. Orleans fisherman, Kurt Martin, owns and operates one of the last weirtrap fishing outfits left on Cape Cod. Weirs are an ancient form of trapping fish. They were used by Native Americans hundreds of years ago and have changed little since. They're an environmentally friendly form of fishing as, unlike in other forms of commercial fishing, undersized fish are not caught alongside adult fish. . 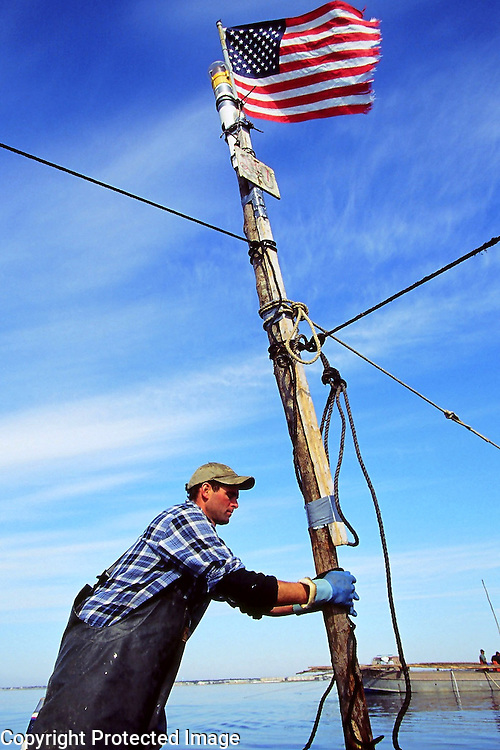