Radhabai Madar Mudalagi (left) was dedicated as a Devadasi by her parents at a very young age. Now in her early forties, she lives in the small village of Yellamanawadi and uses the Devadasi musical tradition called "Chowdike Pada" to educate her audiences about social issues, particularly, the Devadasi system. Accompanied by her husband, Mrutunjaya Mudalagi, (right) who plays an instrument called the shruti that resembles a guitar, Radhabai was even recorded for a television program which was broadcasted to small villages all over Karnataka and other states as part of a social education program. Because of her activism coupled with the fact that she defied the Devadasi system and married a man, she has been rejected by her community.. 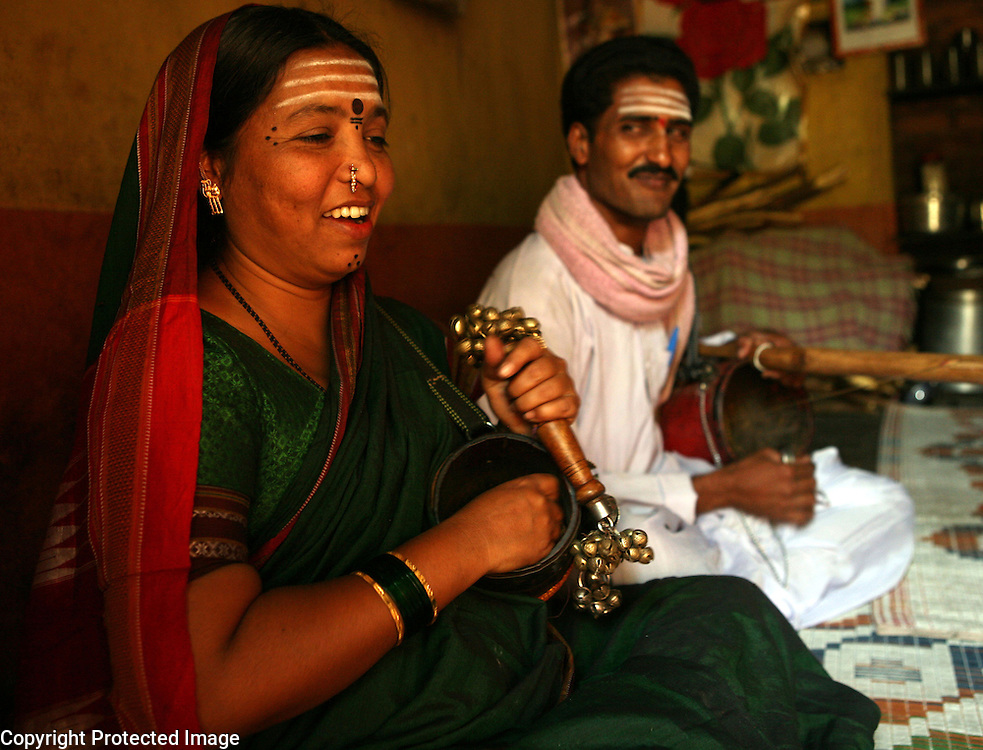