A truck belonging to copper cable thieves sits overturned on one of Durban Deep's roads on the outskirts of Johannesburg, South Africa, after local residents, frustrated with the ongoing attacks on their neighborhood and with no response from police despite many calls, formed a vigilante group to tackle the situation themselves. Apparently the thieves had abandoned the truck and run off. This was just the first of many incidents that ultimately led to the murder of six men by the local vigilante group. 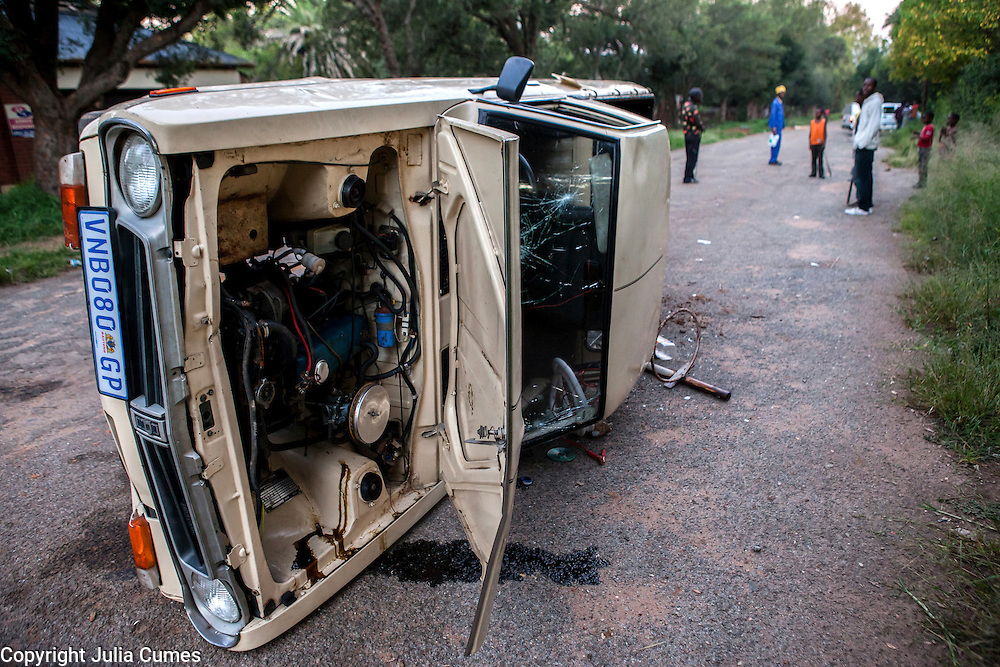