Matthew Blackburn plays with his hamster outside his home in Sandringham, South Africa. Looking out the window behind him is his older brother, Stuart. Matthew lives with his parents and two brothers in a predominantly white suburb of Johannesburg. Matthew's mother, Trish, is an assistant accountant and his father, Chris, is a retauranteur currently between jobs. The Blackburn boys attend the same government school their mother attended as a child except that the school is now predominantly black rather than all-white. Because of the racial mix of the school, most of Matthew's friends are black. ?Our kids are growing up in a totally different South Africa,? says Chris Blackburn. 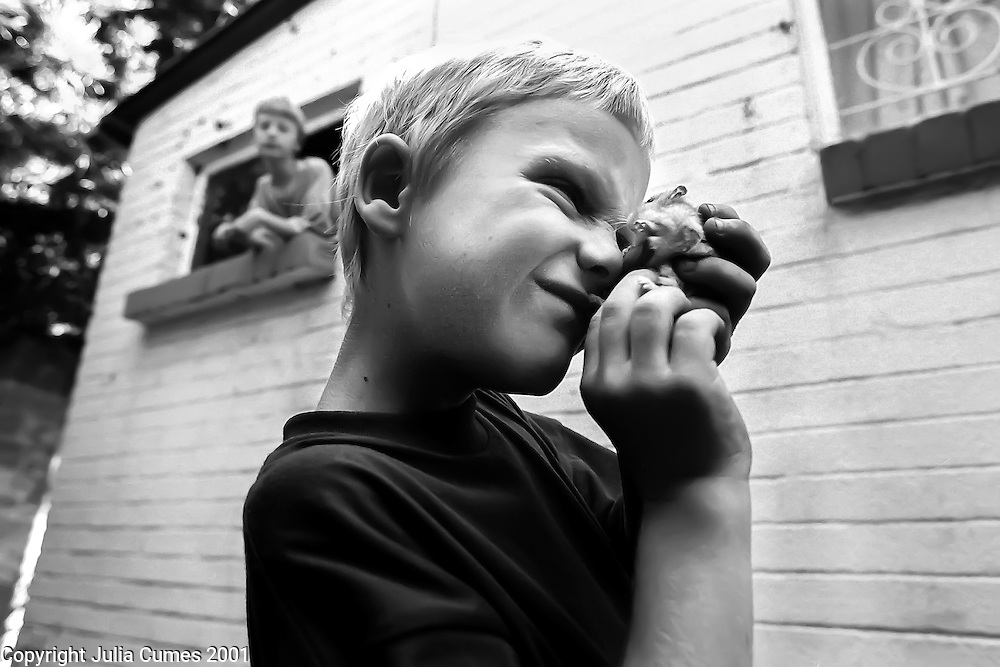