Young girls arrrive with their family members in a bullock cart at the Yellamma Jatre (fesival) in Saundatti, India. As part of Yellamma custom, during the full moon festival which happens once a year, young girls from impoverished lower caste families are "married" to the goddess Yellamma to appease her. Once they are married to Yellamma, they are regarded as servants to the goddess and must perfrom temple duties as well as satisfy the sexual needs of the priests and other men. They may no longer marry a mortal and often end up being sold by unscrupulous priests to pimps who take them to work in the red-light districts of India's urban areas. Girls with matted hair, bad skin or disabilities like blindness are most likely to be chosen as Devadasis as these qualitites are considered Yellamma's calling card. 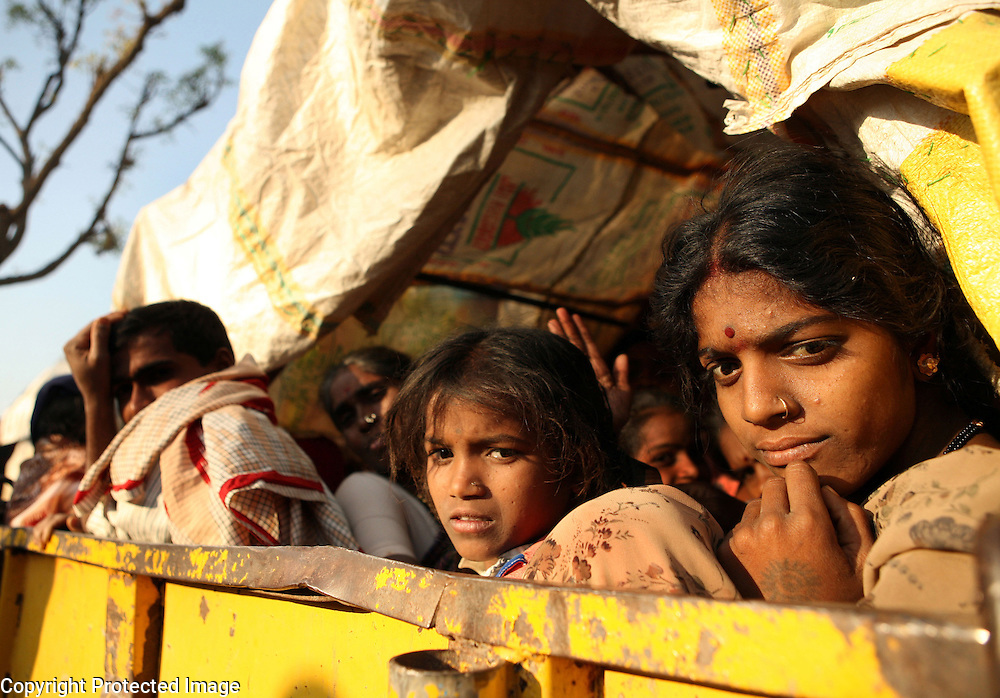