Lauren Elliott-Grunes, 51, is photographed surrounded by the waterlilies of Greenland Pond near her home in Brewster, MA. She was diagnosed with two triple negative, stage 3B breast cancers, one when she was 34 and then another 10 years later. “At 34 I was pregnant for the first time and was told I had to abort the pregnancy or I wouldn't be alive to raise my child," she recalls. Lauren refused to give up on her pregnancy and sought a doctor who would be willing to treat her with the pregnancy. After chemotherapy and a mastectomy, she successfully delivered her daughter, Katie, now 16. "I really wanted to breast feed but couldn't due to the radiation and chemo. I found these amazing women who we call our "milk mamas. Over twenty incredible women donated their breast milk and fed my daughter for two years,” she says. The second diagnosis was followed by more chemotherapy, a second mastectomy then radiation. Lauren chose not to have reconstruction. “These are scars I'm proud of…I kicked cancer's ass twice. They are a symbol of strength” she explains. Lauren wanted to be photographed in water because water is an essential part of her life. "Not only do I teach swimming but the water has always been a healing place for me," she explains. Every year, on the anniversary of the day she was first diagnosed, she, her daughter and her 83-year-old mother swim a mile to raise funds for the Massachusetts Breast Cancer Coalition. 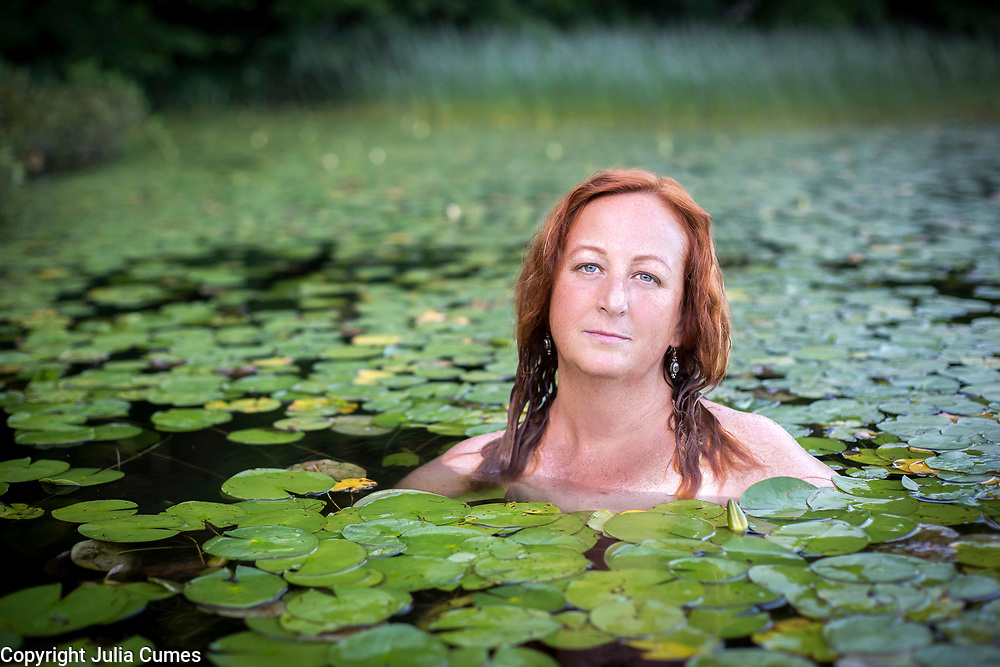