The cracked, dry bed of Theewaterskloof Dam--the largest dam in the South Africa's Western Cape water supply system—is an indicator of how severe the water crisis is in South Africa’s Western Cape Province. The dam, which usually supplies Cape Town and its population of over 4 million people with 41% of its water, is now at critically low levels. Last year, Cape Town announced plans for "Day Zero", when the municipal water supply would largely be shut off, potentially making Cape Town the first major city in the world to run out of water. While "Day Zero" has now been pushed off till 2019, the water crisis is still dire and local residents are adapting their lives to deal with it. 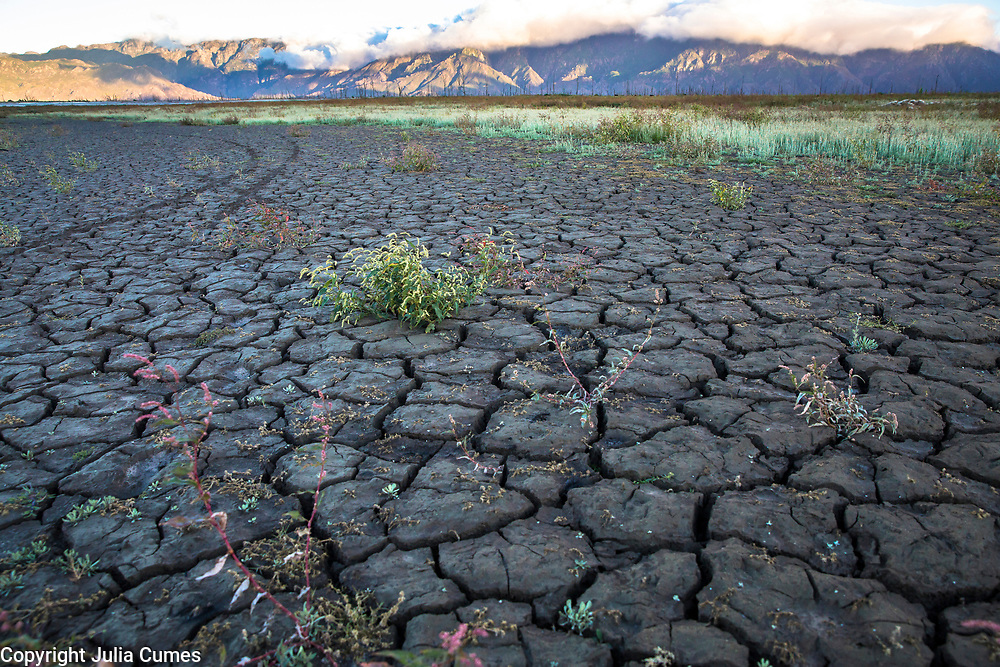